One of the largest athletic competitions in the world, Maccabiah combines the traditions and values of Maccabi and focuses attention on the importance of sports development in the State of Israel. The event takes place every four years in Israel and gathers the world’s strongest Jewish athletes (and Israeli citizens of any heritage) making for a high-level sporting event.
Opening and closing ceremonies of the Maccabiah, as well as many of the games, will be held in Jerusalem. For assured seating as a spectator at the competitions, you can buy tickets in advance; however, depending on availability, visitors are also invited to view events for free. 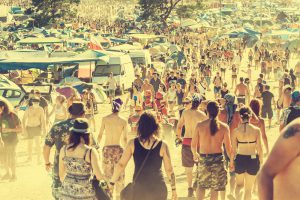 One of the most popular music festivals in Israel is expected to be held in 2017. Though dates are not yet determined, this event will definitely attract many residents and guests of the Holy Land. With wonderful 60’s music and classic compositions of the Woodstock era, the Festival unites people of all ages and tastes.

August 6-10, 2017
With numerous activities for kids, there are plenty of opportunities for family recreation at this Kraft Stadium festival, which features puppet shows for adults as well as children. Performances are held at various venues across the city.

August 7-9, 2017 at Sultan’s Pool.
The annual outdoor International Arts and Crafts Fair will take place this summer. It is one of Jerusalem’s most popular and anticipated events of the season – if not the entire year. Hutzot Hayotzer literally means “the Creator Steps Out,” which describes what happens; many artists perform at this event, presenting their creations and unusual crafts to show off their best works at this wonderful contest.
Every year, this famous festival attracts some of the greatest popular artists from Israel and abroad. The beginning of August will be marked by bright performances and great musical contests. Shows will be different every night, and tickets can be purchased in advance. 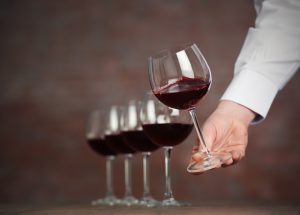 Jerusalem Wine Festival will allow you to taste numerous types of wine made by 60 different wineries. You will also have a chance to sample sushi, cheese, chips and other finger foods. Don’t forget to buy tickets in advance (95 NIS) to get a free wine glass and unlimited tastings!

This Festival is held every year in Jerusalem, bringing together works from more than 50 countries and attracting numerous visitors to Israel from around the world. Over 200 different movies will be shown at the Jerusalem Cinematheque.
If you want to see Israeli films, you should not miss this event, because it  is exceptionally popular with/for the works of local film directors. Though it has already started, you still have a chance to enjoy the Festival’s exciting atmosphere and to visit showings during the  final days. Don’t miss the unique Youth Film competition.