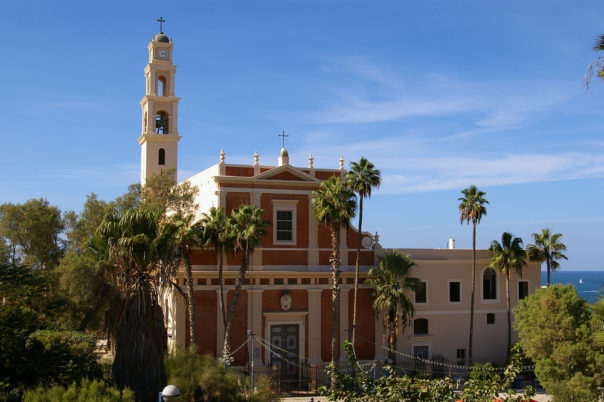 The church has an unusual architecture with the charming red brick facade, which is a strange accent in a city built of stone; its interior, with large ceilings, stained-glass windows, marble-covered walls, and a huge painting over the altar of Peter’s visitation by an angel, recalls churches in the Italian tradition.

St. Peter’s, which holds daily Mass in several languages for a lively local congregation, was built in 1654 over a medieval fortress. In the late eighteenth century, it was destroyed twice, and the present structure was completed in 1894. 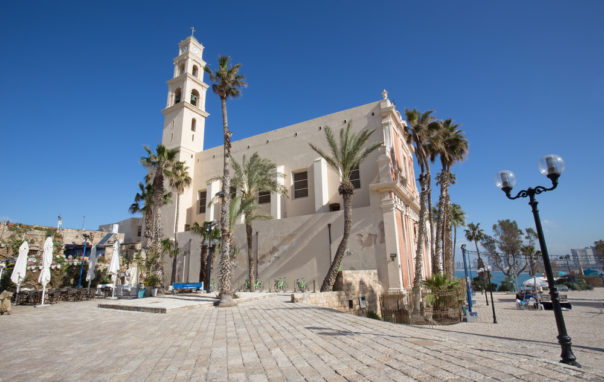 World history is never far away anywhere in Israel, and Jaffa’s St. Peter’s is no exception: a room at the church reportedly hosted Napoleon Bonaparte when he came to the city in 1799.

Today, the church is a famous place. Masses are held in English, Spanish, Polish, and Hebrew. A schedule is available at the church, and it is open to the public every day.