Haifa is the third largest city in Israel and one of the most beautiful cities in the eastern Mediterranean. It is also a multilingual city where Jews, Christians, and Muslims get along well with each other.

The city is located on the slopes of Carmel Mount. It is here you can admire the world-famous Bahai Gardens. It is the center of the Baha’i faith. Here is a temple with a golden dome, which is called the pearl of Haifa. Here was buried Baba, the founder of the Bahá’ís faith.

The Bahai Gardens symmetrically descend from the top right down to the Carmel Mount foot.

These gardens are geometrically perfect and they cover the northern hill of Carmel. It is the most recognizable landmark of Haifa. This object, included to the UNESCO World Heritage List, attracts about 750,000 visitors annually. You can stroll around the garden on your own or get a free tour. 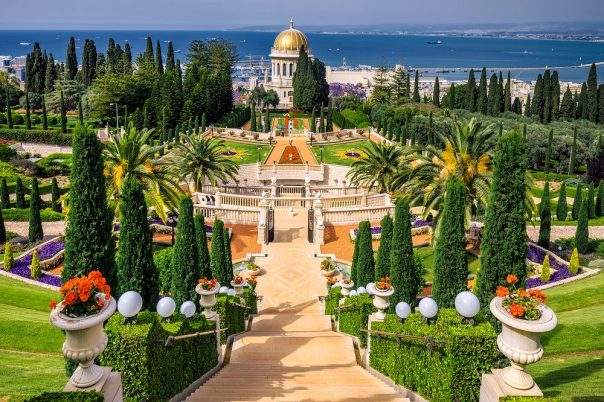 Since the main attraction of Haifa is Carmel Mount, the city is divided into high-altitude areas. Below and in the port, people work – it’s the downtown. In the middle part of the city there is a trading center, and at the very top people enjoy life. Carmel is a biblical mountain, the prophet Elijah lived here. In translation, “Carmel” means “Vineyard of God” and rises above sea level at 546 meters.

Also, you should definitely visit the sculpture park of Ursula Malbin. In this small garden, 29 magnificent bronze sculptures are collected. 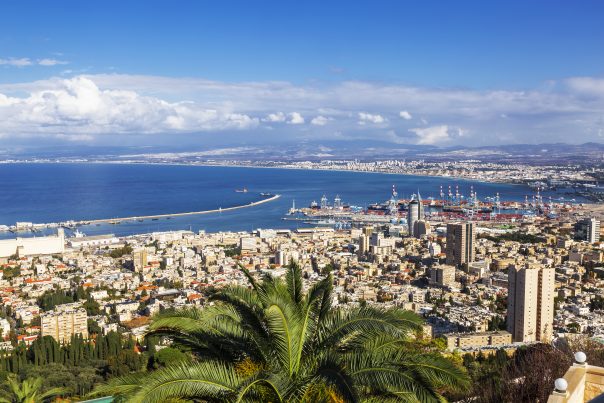 It is worth to visit the Jewish-Arab cultural center, where different national, ethnic and religious groups of Haifa come together. This is a great place to explore the rich heritage of various world cultures.

You should definitely devote your time to visiting the museum of Reuben and Edith Hecht, the museum of dolls, houses of Marc Chagall artist and other remarkable places of Haifa.

Concerts are held here all year round, Haifa is also famous for its annual film festival and jazz and blues festival. Haifa is the northern gate of Israel. From here it is good to make a trip to Galilee. All the main attractions of this part of the country are no more than an hour’s drive from this city.

The pride of Haifa and all of Israel is the Technion – the Polytechnic Institute, founded in 1912 and opened in 1924. It is a world-class university, and its diplomas are highly valued all over the world. In Haifa there is the largest percent of higher educated people. Mostly this is achieved at the expense of the repatriates from the USSR.

There are more than a dozen museums in the city, and the most popular are the National Maritime Museum and the Haifa Museum of Art. Haifa has its own city theater and city symphony orchestra. An international film festival and documentary film festival are held here once a year.

Located on the slopes of Mount Carmel, the city looks very picturesque.  Be sure to visit this wonderful place and enjoy its beauty.