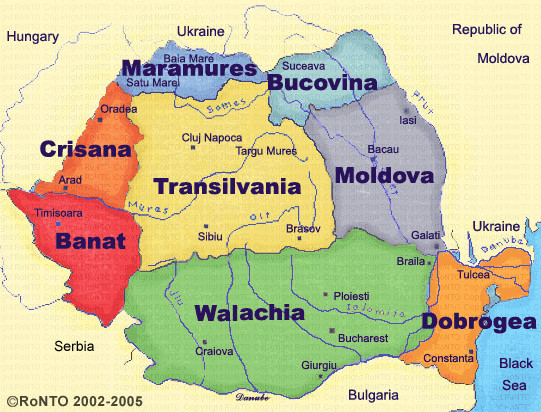 A visit to Romania is a unique journey into one of the best preserved countries in Eastern and Central Europe for its scores of well mainted synagogues and cemeteries in use by the Jewish communities. Being the homeland of Nobel Prize winner author Elie Wiesel and the Baal Shem Tov, founder of the Chasidic movement, visitors will find poignant reminders of ROmania’s Jewish heritage and Jewish roots in nearly every village and town.

Tours are based on a minimum of 20 participants, however this tour can be custom tailored according to individual requests.

• porterage (except for Customs Areas)

• fully insured sedan with climate control, for the entire distance based on a large sedan for

• all sightseeing tours and cultural connections

• informal talk on: The Jewish Community of Romania : Past and Present

• entrance fees to museums and sites as per itinerary

• photo/video fees at sites and museum

Afternoon arrival in Bucharest. Meet your English speaking tour guide and transfer to your downtown hotel. En route a short panoramic tour of the city. Once you have checked in, the balance of the day is free. This evening a welcome dinner.

Buffet breakfast then view the red bricked Choral Temple.  See the fascinating Jewish Museum and the nearby Holocaust Museum. Continue to the Yeshua Tova Synagogue, the city’s oldest synagogue still serving the local Jewish community. Early afternoon visit to the 1,100 room Parliament’s Palace,  the largest civilian and most expensive administrative building in the world.

Leaving Bucharest drive to Piatra Neamt located in the foothills of the Carpathian Mountains in Moldavia, one of the richest areas for Jewish Life. Arrival in the evening.

Buffet breakfast then a morning tour of the only wooden half underground synagogue in the country. Meet a representative of the local Jewish community for an informal talk. Visit the 19th century Great Synagogue also known as the Leipziger Temple. Travel to Iasi, the former capital of Moldovia and once the largest and most sophisticated Jewish community in Romania. At its peak there were no less than 127 synagogues. Visit the Great Synagogue, the oldest surviving Jewish Temple in Romania and the second oldest synagogue in Europe built in 1671. (By appt. only). Pause at the Jewish Cemetery outside the city where you will find the holy tomb of the Rabbi of Stefanesti. Evening at leisure.

Accommodation in Iasi at  Hotel Moldova ***

Buffet breakfast. Proceed to the Targu Frumos cemetery with its 5,000 tombstones dating from 1818 to the last funeral held on July 18, 1977. See the mass grave and commemorative monument dedicated to the 640 victims of the Death Train of 29-30 June and 1 July 1941.  Pause at the Podu Iloaiei Memorial dedicated to the Jews of Iasi who were killed during the pogrom and the Death Train of  1941. Next is the historic market town of Botosani  in northeastern Romania  where 11,000 Jews once lived before World War II to visit the Great Synagogue (Oiche Shul), the only remaining synagogue of the city and meet with the Botosani Jewish Community President.

Learn about the remaining 80 Jews in town and its exceptional synagogue that dates back to 1834. Next is the small town of Stefanesti where the first Jews settled at the beginning of the 17th century and the first synagogue was erected at the beginning of the 18th century. Stefanesti was well known amongst Romanian Jewry for its Chasidic “court” established by the Friedman family descendents from the Ruzhin dynasty. Evening arrival in the southern Bukovina town of Gura Humorului.

Buffet breakfast then a visit to the Voronet Monastery in the town of Gura Humorului, one of the famous painted monasteries of southern Bukovina. Often referred to as the “Sistine Chapel of the East”, the frescoes at Voronet feature an intense shade of blue known in Romania as “Voroneț blue”. ” When entering the monastery you may be requiredcoul to wear special clothes (no shorts or t-shirts are allowed); however, this kind of requirement does not apply in the other monasteries.

The Humor Monastery located in Manastirea Humorului about 5 km north of Gura Humorului is next. Constructed in 1530, Humor was one of the first of Moldova’s painted monasteries to be frescoed and along with Voronet is probably the best preserved. The dominant color of its frescoes is a reddish brown. NOTE – There may be a fee inside the monasteries to take pictures. These two sites are among the UNESCO Heritage Romanian treasures.

Today will be long as we travel to Maramures, a splendid part of Northern Transylvania rich in Jewish culture. En route stop at the Barsana Monastery, one of the wooden churches in Maramures with frescoes similar to those of the painted monasteries of Moldova.  No power tools or nails were used to put this impressive construction together and only Barsana craftsmen could build in the compound. Continue to the village of Vadu Izei to learn about the age old arts and crafts of this region. This evening a home hosted dinner with one of the local families.

Buffet breakfast. Your tour includes the synagogue in Sighet, one of the only remaining examples of a completely intact Romanian Sephardoi Esnoga with full Moorish architecture dating from the mid 19th century. Today out of two temples, six synagogues ad 13 prayer houses only the Vijniter Klaus Temple remains. Visit the birthplace of Nobel Prize Winner Elie Wiesel whose house is now a museum dedicated to the victims of the Holocaust and the Jewish way of life in Sighet before WW II.

Stops will also be made at Anti Communist Memorial which provides a direct connection to a time in Romania’s history and the exquisite Ethnographical Museum. End your day in the village of Sapanta world famous  for its original Merry Cemetery with its vividly painted wooden crosses. See how the Sapanta blue rules over all of the other colors. Return to the village for a home hosted dinner.

Buffet breakfast. Early morning departure for Cluj Napoca to visit the local Moorish style synagogue known as the Neologue Synagogue or the Memorial Temple of the Deportees (in memory of those who died in World War II), the city’s only working  synagogue serving the Jewish community. Continue to Alba Iulia on the Mures River, the ancient capital of Transylvania and one of the oldest settlements in Romania. Serving as the largest military and economic center during the Roman occupation, it served as a miniature copy of  mother Rome.

Late afternoon arrival in Sibiu, (Hermannstadt in German) located 282 km north-west of Bucharest, the largest and wealthiest of the seven walled citadels built in the 12th century by German settlers known as the Transylvanian Saxons. The riches amassed by its guilds paid for the construction of both impressive buildings and the fortifications required to protect them. Drive through the town enroute to your hotel.  Tonight dinner at one of the best of Sibiu’s cellar restaurants.

Buffet breakfast. A walking city tour takes you to the Sibiu synagogue built in 1899 with funds collected by Sibiu’s small Jewish community. Meet with a local Jewish community member. Today, the handful of Jews who remain in Sibiu hold weekly and holiday services at the Great Synagogue.

A walking tour includes the Great Square once witnessing the town’s lively merchant activity, assemblies and even public executions, the Little Square home to the town’s most prestigious master craftsmen who lived in rows of arcaded houses along the north and east sides and the Brukenthal Museum put together by Baron Samuel von Brukenthal with its 1200 plus works of the European schools of panting, the centerpiece being Titian’s Ecce Homo. You will also see the Bridge of Lies (Podul Minciunilor), the first wrought iron bridge built in Romania in 1859. Afternoon departure for Bucharest driving through the scenic Olt Pass and Gorges. On arrival transfer to your hotel. This evening a farewell dinner. (Optional: Opera or Ballet performance at the National Opera)

Buffet breakfast. Transfer to the airport for your return flight.

Note: Visits and talks with the local Jewish Community leaders can be arranged, but are subject to confirmation and availability.