Your odyssey begins with an overnight flight to Tel Aviv. 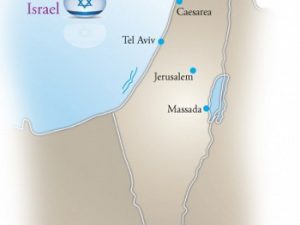 DAY 1 Sunday
WELCOME TO THE HOLYLAND

Arrival at Ben Gurion Airport, where you will be met and transferred to your hotel. Overnight in Tel Aviv.

We drive up the coast to Caesarea, and the seaside vista sparkles, Caesarea was the Roman capital with many ancient ruins and archaeological digs to visit. High up on the list of sites to see is a Roman aqueduct and theatre that held prominence during this era. The next stop you will make is at Muhraka – this is the place where Elijah and the Prophets of Baal had a confrontation that reverberated for many years. You will be attracted to the fantastic views on Jezreel Valley and lower Galilee while you are in the area and it affords plenty memory-making photo opportunities for travelers. Megiddo is the site where Armageddon took place and the battlefield is on display that presents a traveler an excellent chance to learn of the history of the area. Next stop is Acre, see the underground Crusader City and crypt housed in the city. The old city is recognized as a UNESCO World Heritage Site. Your day ends with a trip to a local market and the harbor. You will spend the night at the four-star at the Kibbutz Lavi, where dinner will be served. 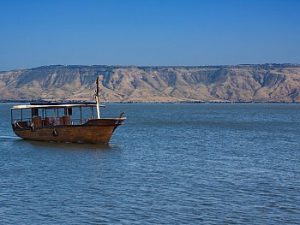 Day four is another day with plenty of activities beginning with a quick tour of Tiberias that leads into a boat tour of the Sea of Galilee. The Yigal Alon Centre is waiting for you after your boat tour, where an ancient fishing boat from the first century is displayed called the ‘Jesus Boat.’ In Capernaum, you will be taken to a second-century synagogue. Moving on we come to the site of the Miracle of fish and loaves at Tabgha. The Church of the Multiplication was built in the fourth century and has the most amazing mosaic floor that will take your breath away. For the religious traveler, the Mount of the Beatitudes will hold significant importance; for it is where Christ delivered the Sermon on the Mount, a message that resonated with His Disciples for centuries. The last stop will be at the Banias Springs. Spend another night at your four-star hotel Kibbutz Lavi with dinner. 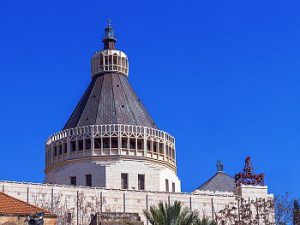 Our first stop today will at the Wedding Church in Cana, where Christ performed His first miracle turning water into wine. More religiously focused travel stops continue with our arrival in Nazareth. The Church of the Annunciation, St Joseph’s carpentry workshop, and the Spring of the Virgin Mary. The spring has been identified as the place where the Angel Gabriel revealed himself to the Virgin Mary and told her she would bear the Son of God. A stop on the road at Yardenit, a place of importance since it was a place where many baptisms were conducted for the followers of Christ on the Jordan River. The ruins and the archaeological dig at Beit She’an is one of the most impressive reflections of Roman and Byzantine culture that Israel has to offer. In the evening, we have a boat tour of the Jordan River passing Jericho docking at the ‘Golden City of Jerusalem. Dinner this evening in Jerusalem.

A spectacular day is ahead of us as we tour ‘The Golden City,. Our focus is on the Old City where we start the tour at the Mount of Olives. It provides a panoramic view of the Old City and an ancient Jewish cemetery outside the walls of the Old City. The wonders of the Old City are many with churches being the focal point of this part of the day. The Church of All Nations, also known as the Basilica of Agony is the first stop. Next, is a Roman Catholic Church on the Mount of Olives next to the Garden of Gethsemane. Before His arrest – the Apostles relate that Christ went to the garden to pray, as He knew He would be crucified – and asked for forgiveness for those who played a role in His death. It isn’t often that you can visit a street that was the main street of a city 2000 years ago. A walk along the Cardo will show you the tapestry of the city in those days. Once you have made your way down the Cardo, Temple Mount is the next with the Western Wall in close proximity if you wanted to say a prayer. Walk in Christ’s path as you travel down the Via Dolorosa – He was led down this street carrying the cross on the way to Mount Calvary. After your spiritual walk in Christ’s sandals, the Church of the Holy Sepulchre stands as a testament to the history of the Old City. For the shopper, test your skills to drive a bargain at the Arab Bazaar – everything under the sun and is for sale and the price is always negotiable. The last stop of the day is one many Christians hold dear – the Garden Tomb. Many Christians believe this is where Christ was laid to rest when He was taken from the cross and they also believe is the Tomb where Christ’s resurrection took place three days later. Dinner and overnight in Jerusalem. 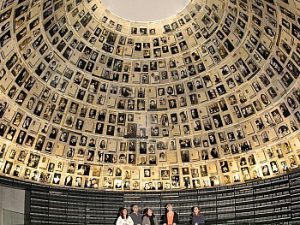 The day begins with a visit of an ancient old world model of Jerusalem. From here we proceed to Yad Vashem, Israel’s official World Holocaust Remembrance Centre established in 1953 and stands as a memorial to all the Jews who perished by the Nazis in WW II. Walk down the Street of Righteous named in honor of the non-Jews that risked their lives to save their Jewish friends and neighbors during the WWII. In Ein Karem you see the place where John the Baptist was born. Then make your way to Mary’s Well where the Virgin Mary met her cousin Elizabeth. Our day ends with our arrival in Bethlehem and a visit to the Church of the Nativity. The Roman Emperor, Constantine and his mother Helena commissioned the church to be built in 327 AD. It has long been said that the church was built over top of a cave where Christ was born and Constantine’s conversion to Christ was the impetus. After stopping in Nazareth, we return to our hotel in Jerusalem for dinner. 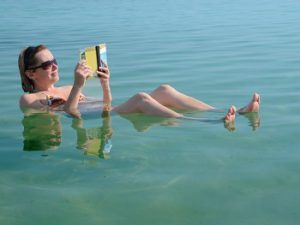 Our day begins with a visit to Qumran, the place where a Bedouin boy found the Dead Sea Scrolls in 1947 in cave. The city has a long history that dates back over a millennium or two and it sits on the shore of the Dead Sea, the lowest point on Earth – 400 meters below sea level – and is a Salt Lake with hypersaline qualities that makes floating an easy thing to do. The black mud that is extracted from the lake serves therapeutic needs as well as cosmetic treatments. Masada was a former Jewish stronghold that refused surrender to the attacking armies of the Romans and chose to commit mass suicide rather than live under the yolk of Roman tyranny. This was in 70 AD after the Second Temple was destroyed. A cable car ride whisks you to the top of the mountain to see the food storeroom, the water supply system and Herod’s palace. Return to your hotel in Jerusalem.. 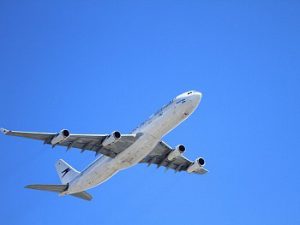 Transfer to the airport for departure for home.

* ALL LAND PRICES PER PERSON IN USD